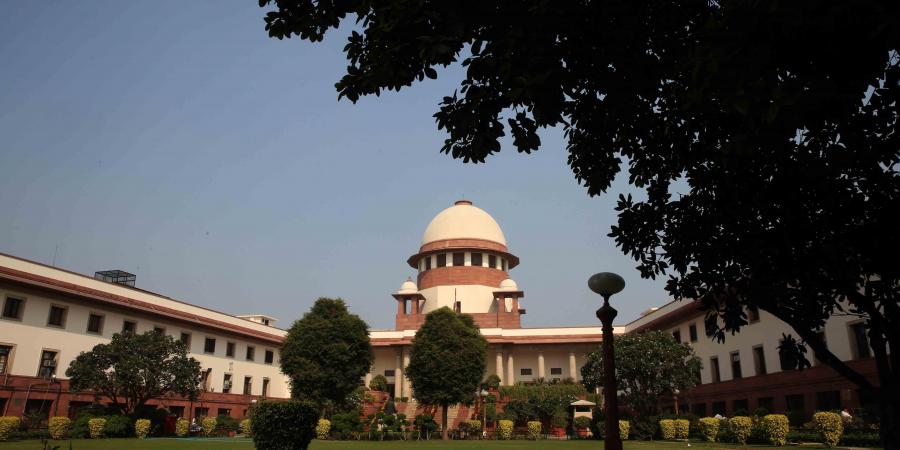 On Tuesday, the Supreme Court ordered High Courts across the country to amend their rules governing criminal trials to incorporate the draft rules prepared by three Supreme Court-appointed Amici Curiae to address delays and deficiencies in criminal trials. A bench delivered the judgment of Chief Justice of India SA Bobde and Justices L Nageswara Rao and S Ravindra Bhat.

"All High Courts shall take expeditious steps to incorporate said Draft Rules 2021 as part of rules governing criminal trials and ensure that the existing rules, certifications, orders, and practice directions are suitably modified and promulgated wherever necessary in the official gazette within six months from today," the Court said.

Suppose the State government's cooperation is necessary in this regard. In that case, the approval of the concerned departments and formal notification of the said draft rules shall be made within six months, the Court added. The top court had taken suo motu cognizance of the issue after it had noticed inadequacies in the procedure followed during the criminal trials across the country.

The Court had then appointed three lawyers as Amici Curiae, to look into the delays concerning criminal trials across courts in the Indian legal system. The three lawyers were Senior Advocates Siddharth Luthra and R Basant and advocated K Parameshwar. The Amici Curiae had submitted its detailed report in March 2020 after extensive deliberations with the representatives of different states, union territories, and high courts.

They placed before the Supreme Court' Draft Rules of Criminal Practice, 2020' (draft rules) outlining a slew of measures aimed at addressing shortcomings in the trial of criminal cases and to bring about uniformity of practice across the country in criminal probe and trial. The measures suggested in the draft rules included steps to ensure the independence of public prosecutors by appointing separate legal advisors to advise the investigators during the probe, photographing and video graphing post-mortem of deceased persons who have died in police custody and uniform practices for recording evidence and writing judgments.

Some of the measures suggested in the draft rules are given below.

Site sketch: The investigating officer should prepare a site plan of the place of occurrence of an incident by hand, and the same should be appended to the panchnama.
Recording of Evidence: The deposition of witnesses should be in a typed format and prepared on computers, if available. If the witness's deposition is in a language other than English, the deposition should be recorded both in the witness and in English. When the deposition is not in English, the translation into English can be done either by the Court's presiding officer or through a translator.

Judgment: Every judgment should contain a preface showing the names of the parties and an appendix giving the list of prosecution witnesses, defence witnesses and other evidence. It should also set out the points for determination, the decision on the points and the reasons for arriving at a decision. In the judgment, the accused, witnesses and material objects should be referred to by their numbers and not names. In case of conviction, the judgment should separately indicate the offence involved and the sentence awarded. In case of acquittal, a direction should be given to release the accused if he/ she is in jail.

Expeditious trial: To ensure a speedy trial in criminal cases, the trial should be held daily once the examination of witnesses has commenced.
If witnesses are in attendance, no adjournment or postponement should be granted except for special reasons, which should be recorded.
Separation of prosecutors and Investigators
To ensure that public prosecutors function independent of the investigators, the state government should appoint advocates other than prosecutors to advise investigating officers during the probe of a criminal case.