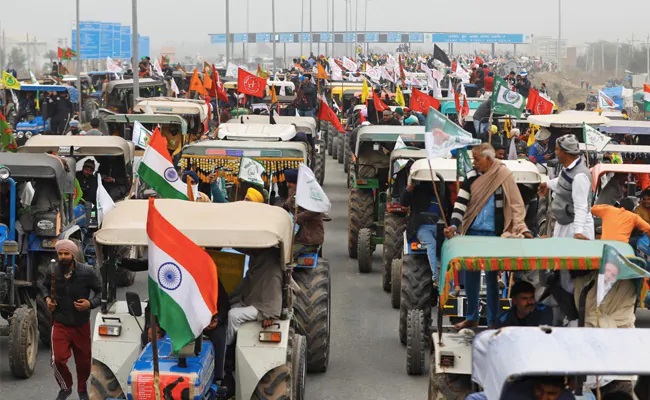 Taking careful notice of the Committee set up to address the Centre-farmer deadlock, the Supreme Court declared on Wednesday that no one would accuse the Committee members and that the group will continue with or without their presence.

Farmer representatives had already raised concerns to the Supreme Court-appointed commission members, as all the members were still in support of farm-laws. The High Court has made it clear that the Committee was asked to file a report and continue to operate with or without farmers' involvement.

Hearing a petition filed by the Farmers' Party Bhartiya Kisan Union Lokshakti and Kisan Mahapanchayat calling for the panel to be reconstituted, Justice Bobde said, "How you decided that all the panel members are disqualified? How do you come to that conclusion? These panel members are the brilliant minds of the agricultural fields and are experts and if you do not want to appear, then don't."

Clarifying the 'bias' comment, the court said that the Committee had no authority to make decisions and that it had been set up specifically to listen to farmers' grievances, the Times of India reported. The apex court also declined to accept an application by the Delhi Police to stop farmers from taking part in a rally on Republic Day but said that if farmers are permitted to participate in the rally, a commitment should be made the rally will be peaceful. "You are the authority, the executive of the country, and you decide whatever action should be taken. We will see later," the court said.

In the meantime, the farmers have started plans for the tractor parade on the outer ring road on Republic Day. Farmers have been told that their demonstration must be orderly and nonviolent.